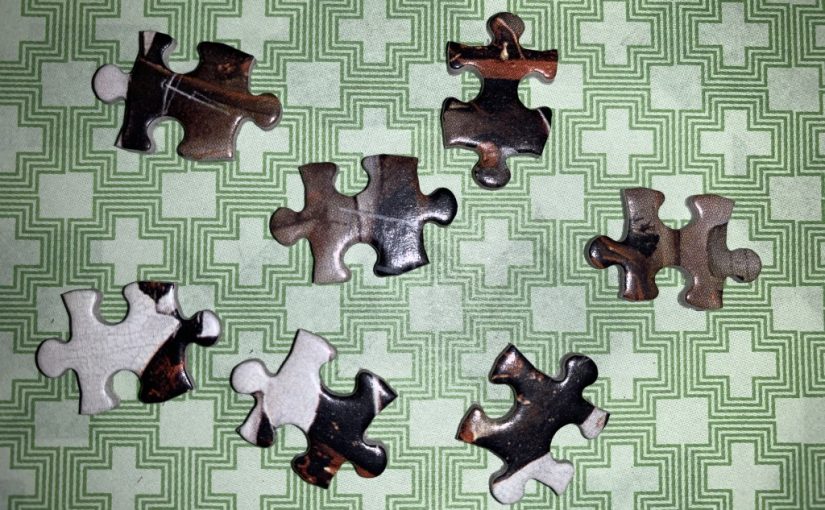 Today started with another oops moment. Yesterday, I spent several hours creating class activities, a feedback survey about the first week, and another short video lecture. I posted everything in a Canvas module—and then forgot to make the module available. One missing click! and the students couldn’t access the materials. Welcome to LMS land!

Most of last week’s activities were about how to navigate online learning as a student, how to organize one’s days without the (admittedly minimal) structure of college life, and with me trying to figure out what students will be able to do, technologically. A couple of students noted that I was the only prof who asked about their technology needs, their other work/life commitments, and the like. (That makes sense to me—I teach only one class and thus can spend some more time interacting with students.) Several students seemed to appreciate the interactive components. A sense of isolation was a common theme among student responses: people miss seeing each other in class. That’s good to know. I should at least offer synchronous video conferences during the times when the class has been meeting, in addition to the asynchronous activities.

As part of last week’s activities, I asked students to prepare a schedule for the week that included various activities. That was very insightful. Some students can clearly focus on their studies, even more than previously, with fewer social commitments such as clubs going on (though some continue to meet online). Other students, though, have major work and family commitments that are likely to make it more difficult to focus on their work than if they were on campus. The result is a mix of students who may have a hard time fully committing to class, while others are already expressing frustration that part of the first week was spent on topics that are not directly related to the class topic. I don’t blame them; particularly out-of-state students pay quite a bit in tuition.

One thing that struck me again was how much work it is to teach online, even if one does not have to create new lectures from scratch. Keeping up with discussion boards, responding to students, encouraging those who have not yet contributed, all takes a surprising amount of time. And then grading: I am so far behind again! And that’s only one course!

This doesn’t stop me from creating more work for myself, though. I am excited about this week’s activities, in which I basically set up an online jigsaw activity: Students are broken up into small groups, and each group has to create a short video lecture on an aspect of this week’s topic (US Supreme Court process). In the small groups, I’ve defined several roles: One student has to write the lecture script, another student has to create PowerPoint slides, a third student has to record the narration, and a fourth student manages the process by making sure everything gets done, the group is coordinated, and the like. I believe that the four roles will accommodate students with technology access and those with less of it. Also, I hope that there will be at least one student in each group who can figure out how to create a video with PowerPoint, which has become a fairly straightforward thing to do. If not, I’ll combine narration and slides and create the final video file. We will see how all of this works out. It’s an experiment, but it will create structured interaction among students. And I hope that it’ll elicit good questions about the course material! In any case, I am prepared to meet via video, show how they can do things, help with discussion boards and small group meetings, and the like. It’ll be a busy week, but hopefully people will have fun and get a real good learnin’!